ENCOUNTER G.K. CHESTERTON, OFFERS A LIVE PERFORMANCE OF CHESTERTON FOR YOUR EVENT!
​On the cover of Gilbert with the one and only Dale Ahlquist,
​alright so I'm a big fan, who wouldn't be! 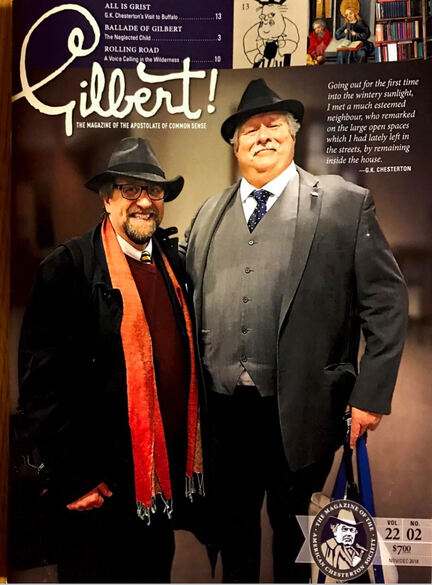 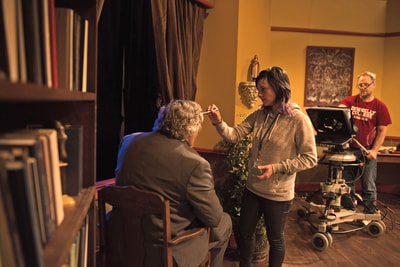 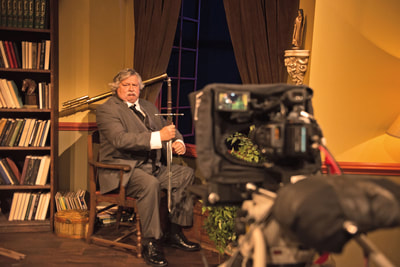 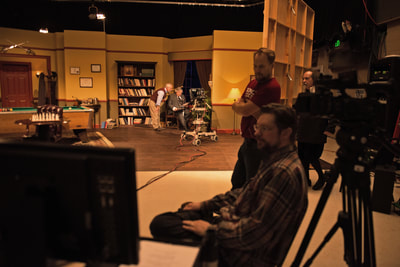 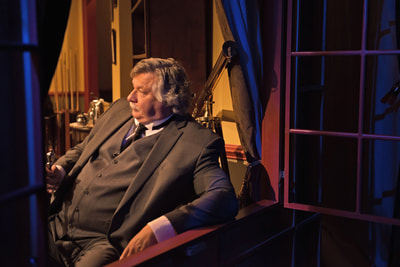 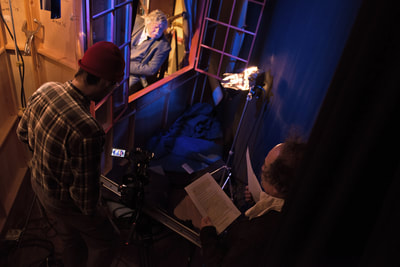 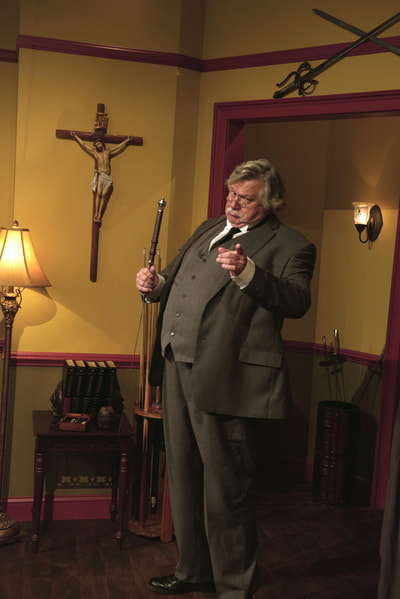 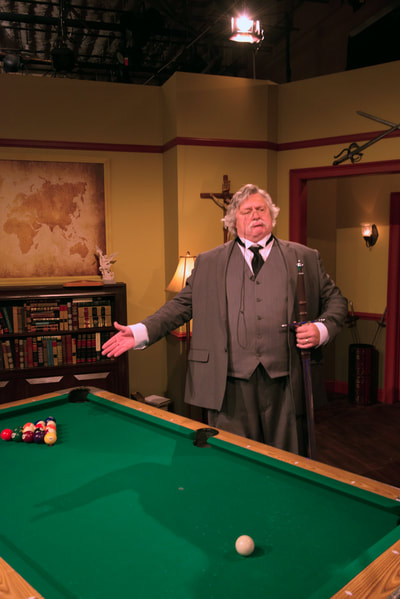 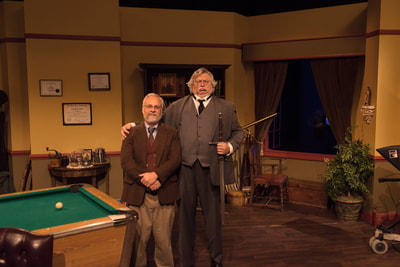 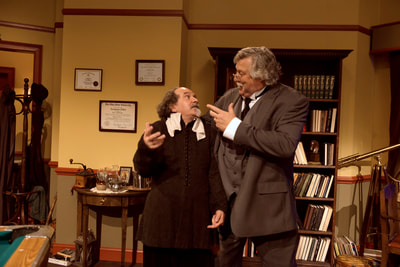 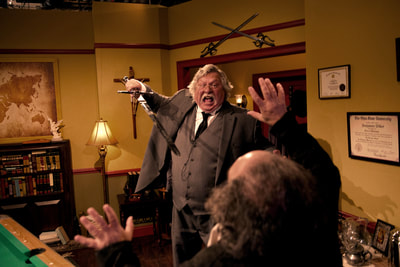 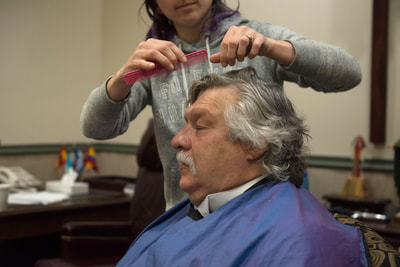 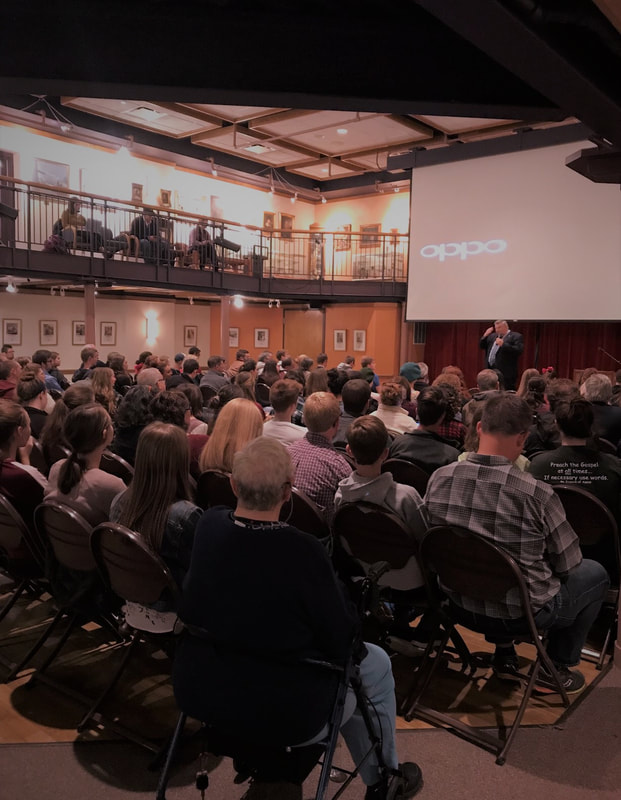 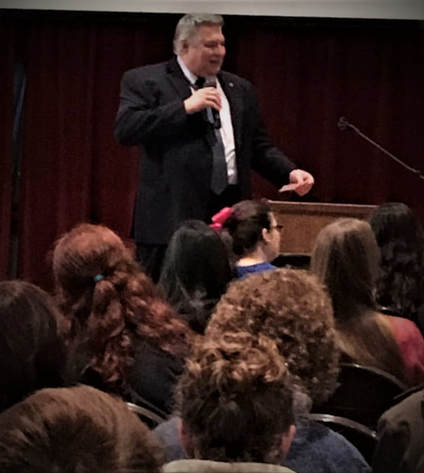 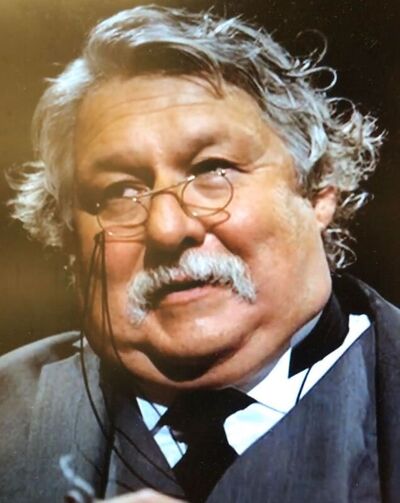 ​The actors script....part brain storming, part memorization, part subtext and backstory!
A peak inside an actor's brain.....from "The Golden Key" 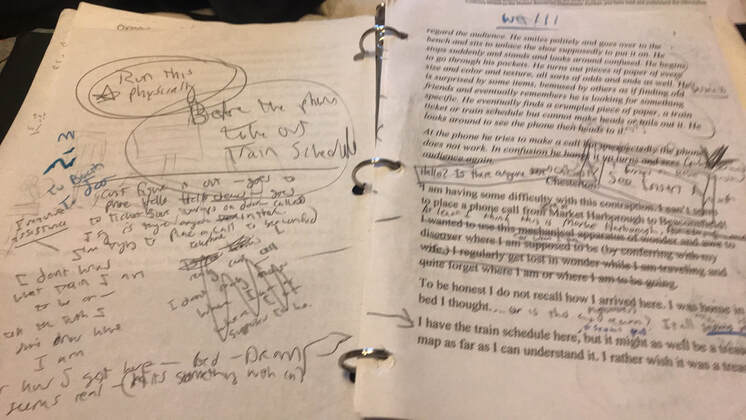 Stills from "The Golden Key" in production 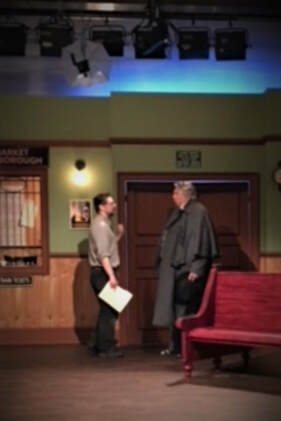 Working out the details of shot one, on day one of filming
"The Golden Key" with Director Mike Masny at EWTN studios. 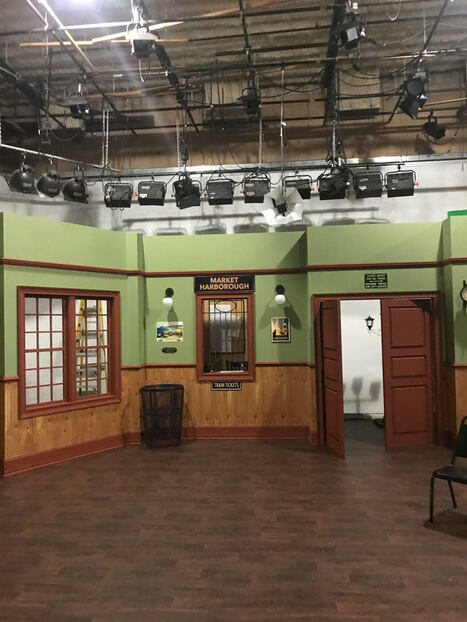 Visiting the set upon arrival.
​The day before shooting to get a feel for the space.
Quite surprise to see the  actual set only described in my script.
This rural English train station had only lived in my imagination,
that is until the day I walked in and saw it waiting for me. 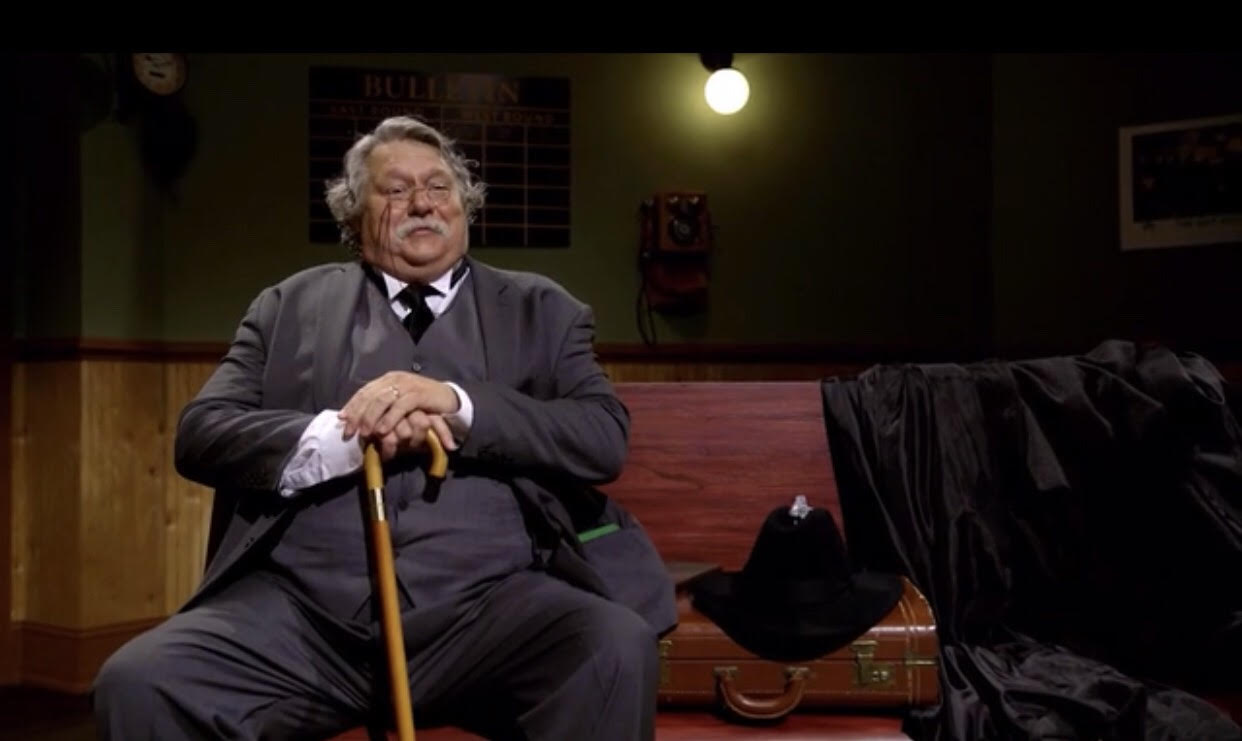 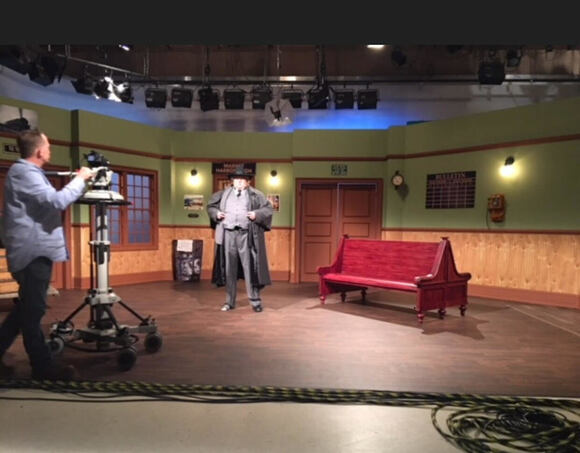 Locking down lighting and focus in the early stages. 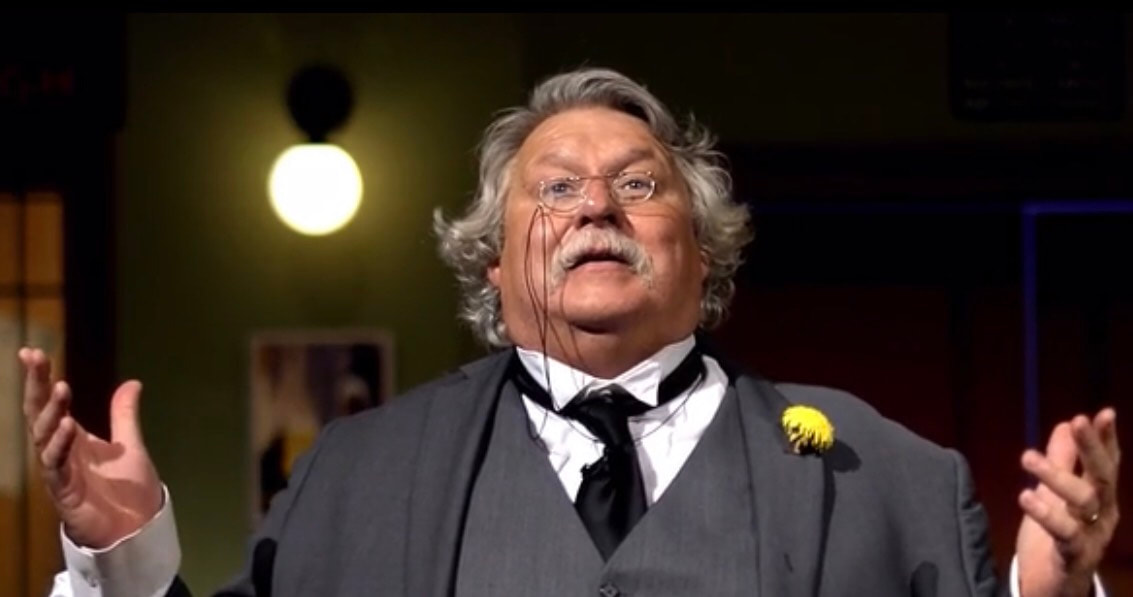 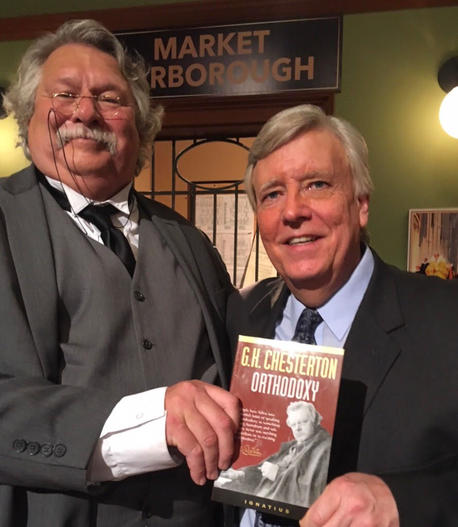 ​Photo op with Doug Keck after a Bookmarks filming, I've never been treated so well on a shoot as I am at EWTN in Irondale AL. 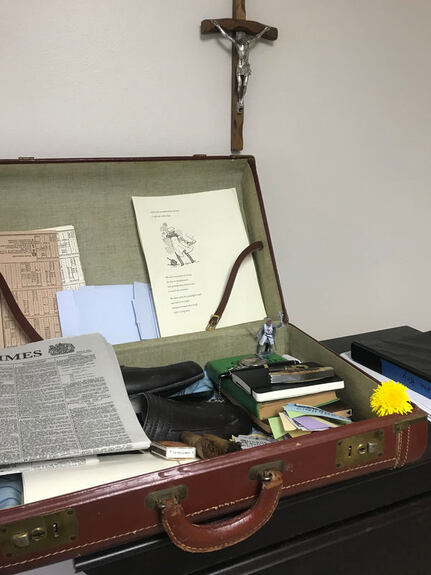 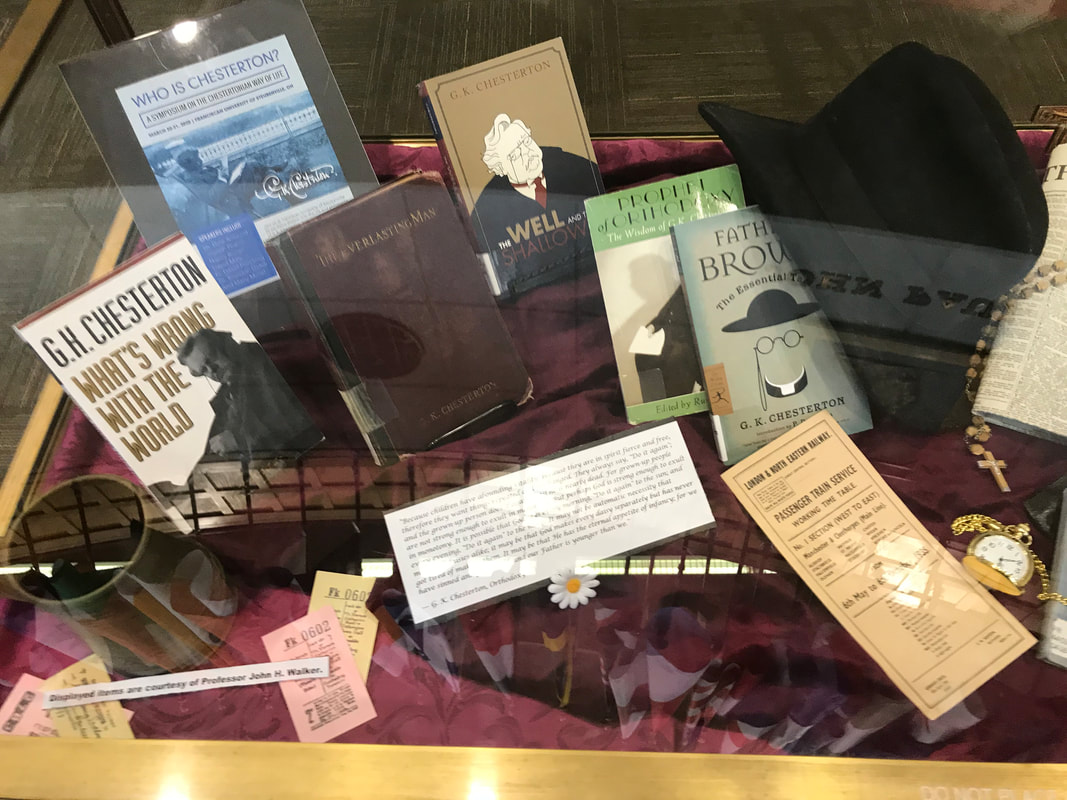 Part of the Chesterton display at Franciscan University of Steubenville's J P II library. Many items from the prop chest of The Golden Key.

Take a look below of the pics from my updates page at filming "Chesterton Station" in July of 2021 where GK meets George Bernard Shaw and Robert Louis Stevenson.
​ 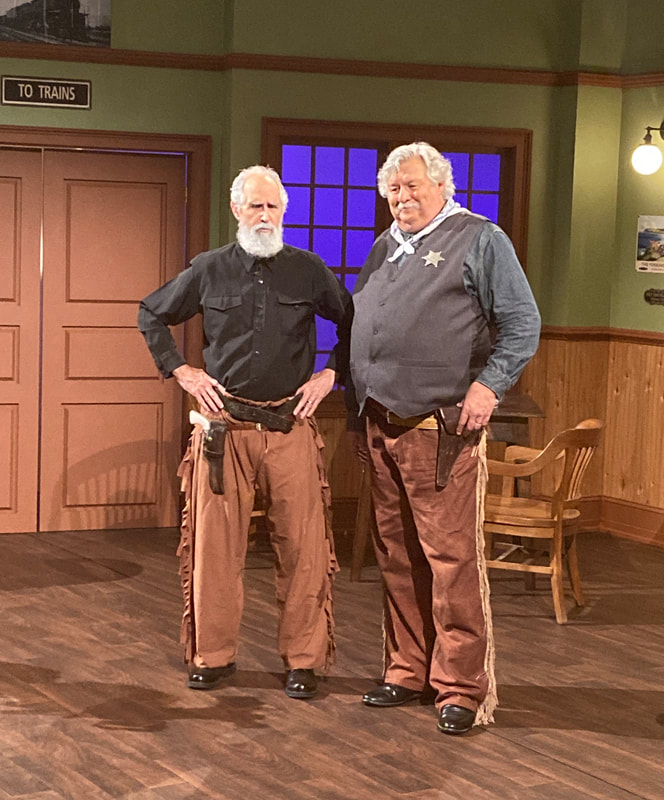 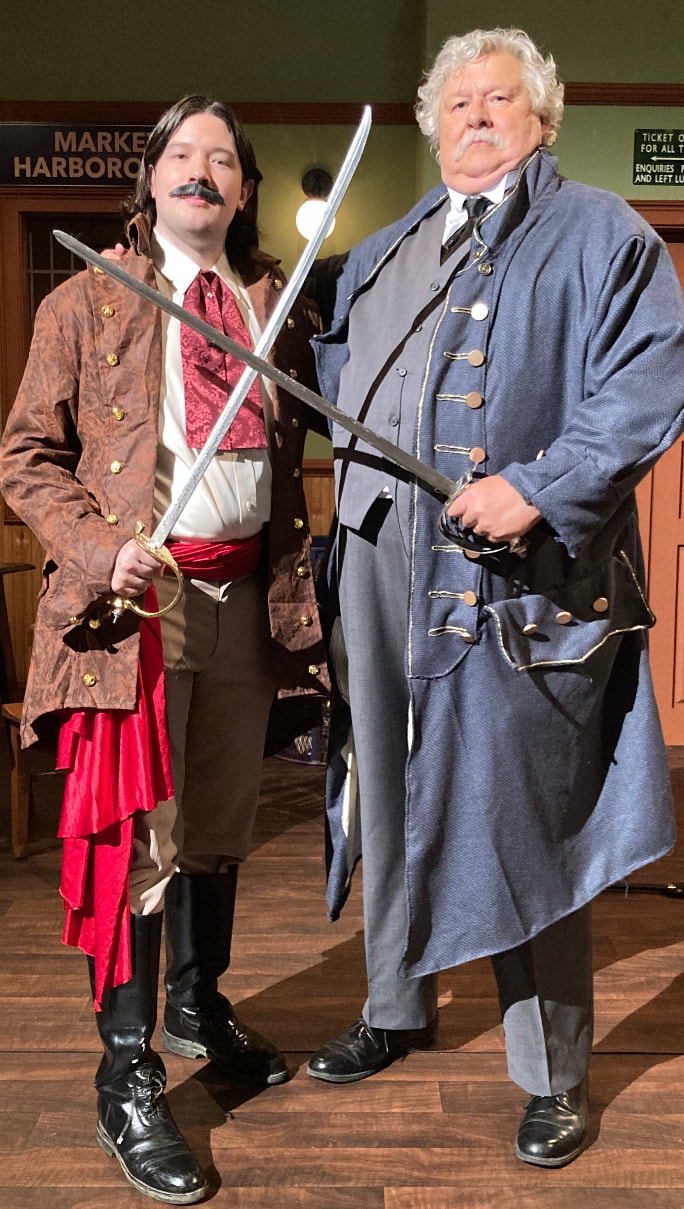 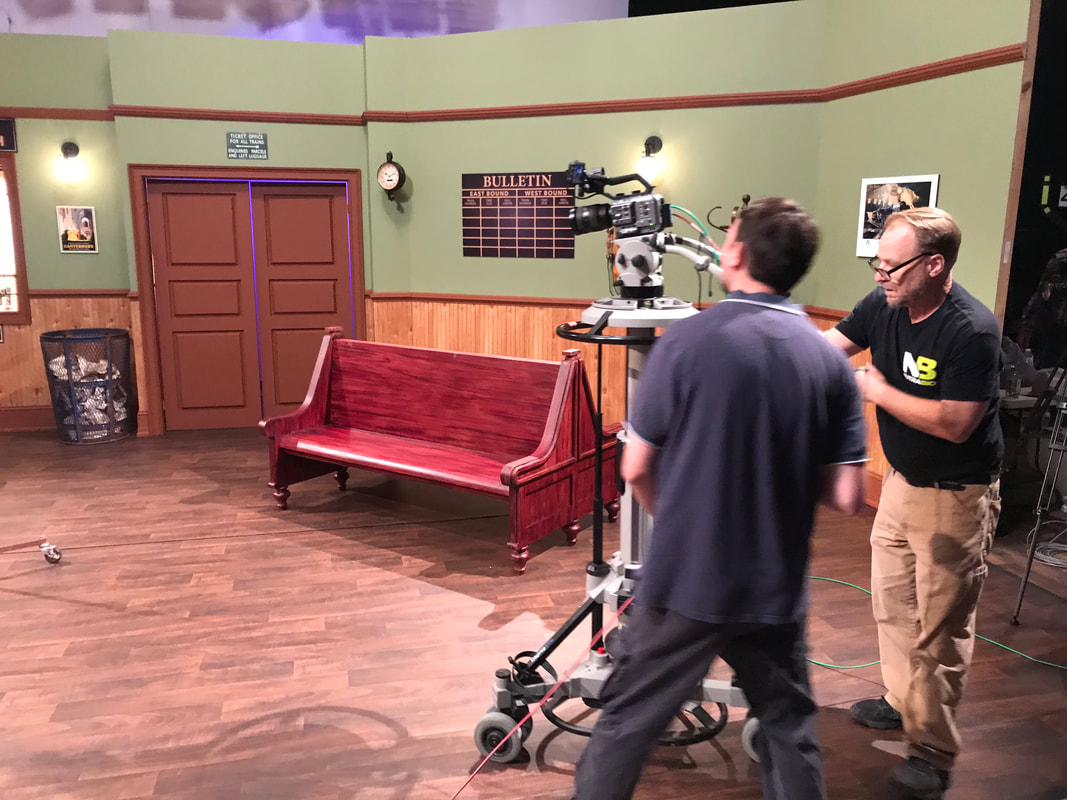 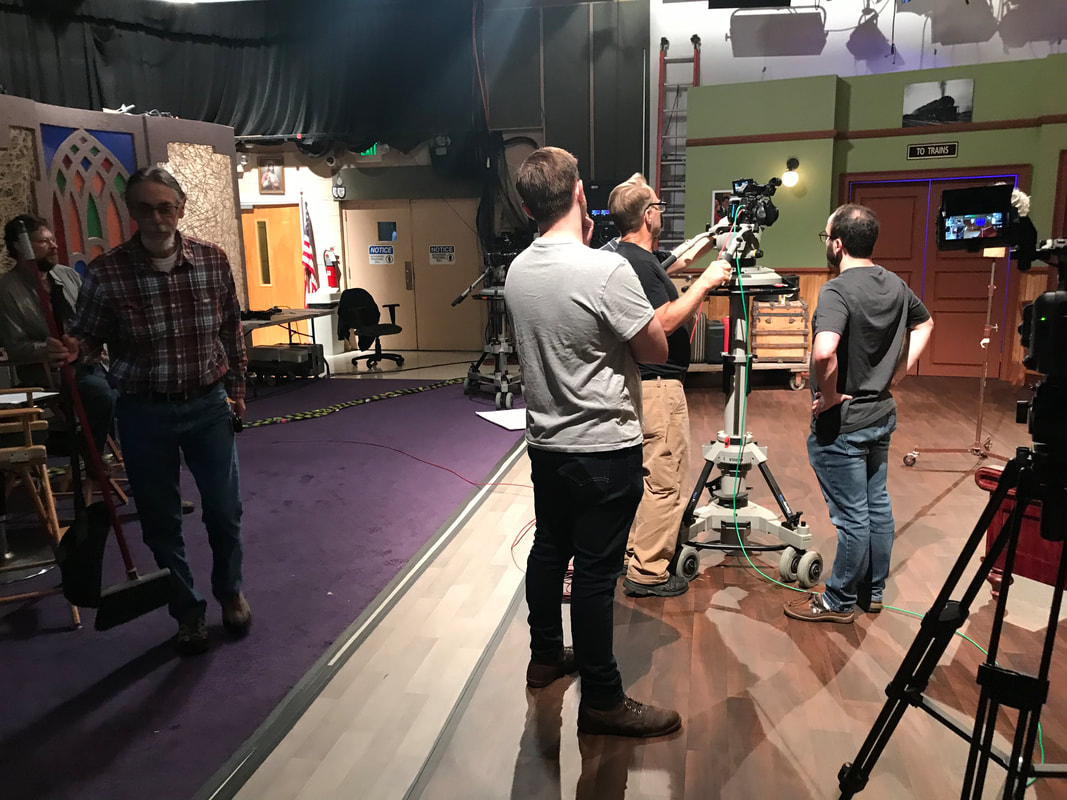