ENCOUNTER G.K. CHESTERTON, OFFERS A LIVE PERFORMANCE OF CHESTERTON FOR YOUR EVENT!

The annual Chesterton Conference this year was a blast!
So many amazing speakers and new friendships made.
Even some guy was dressed as Chesterton and gave a talk on Conversion! Oh wait, that was me!
​Join the Chesterton society to see that video.
I thoroughly enjoyed being Chesterton
for a live audience of over 300!
Thank you Dale Ahlquist.
Here are some pics from that event!
Click the Link below for more!
www.chesterton.org/41st-annual-chesterton-conference/ 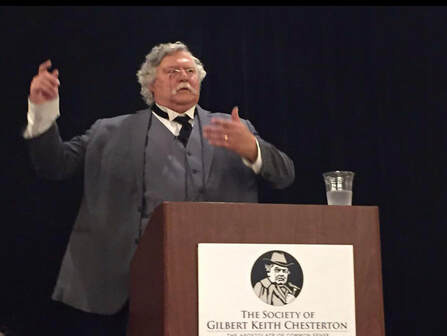 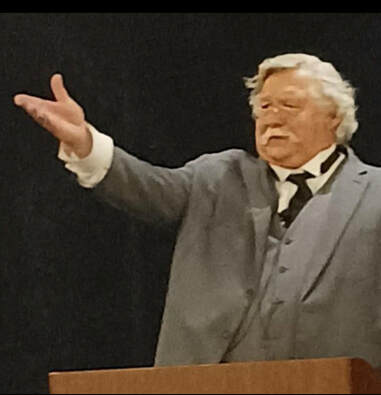 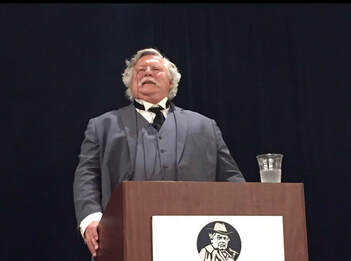 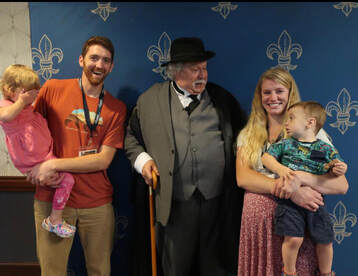 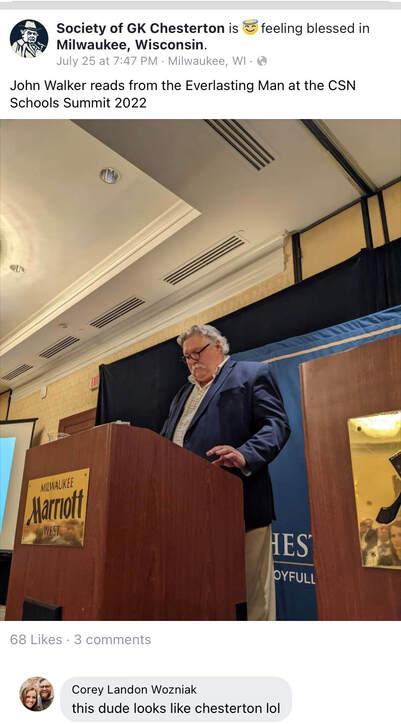 Thanks Corey, I consider that a compliment!!!! 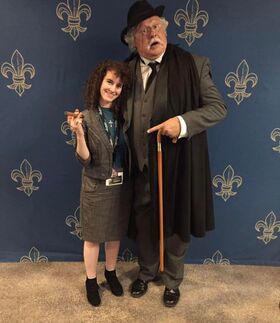 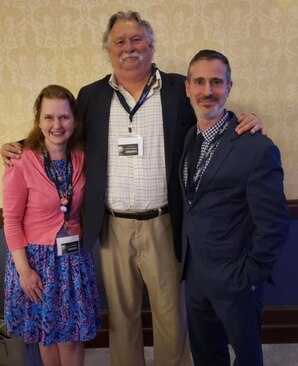 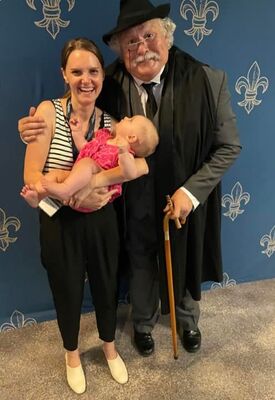 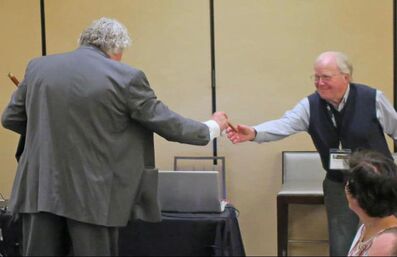 A literal passing of the torch, or cigar, from one of kindest, most generous, gifted men I have ever met. Chuck Chalberg, the man who paved the road to GK,
​which I walk now in admiration and respect.
ALSO,
​CHESTERTON STATION news:
We just went back into production on two new episodes!

The first episode involves Robert Hugh Benson's arrival with those dreaded airships, the Volors from his "Lord of the World" in hot pursuit. Will Chesterton scare them off with his trusty pocket pistol or will this attack take more prayer from each man as they wrestle with being sent on a mission, from God!

The next episode features George MacDonald who along with Chesterton gets a visit from a fairy at the station as both men discover how the vision of imagination is the beginning of seeing with faith, that which may be incomprehensible to the naked eye.
Here are some photos from the shoot! 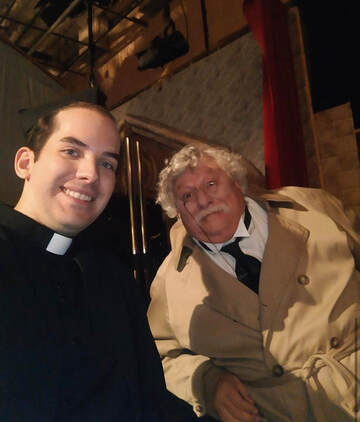 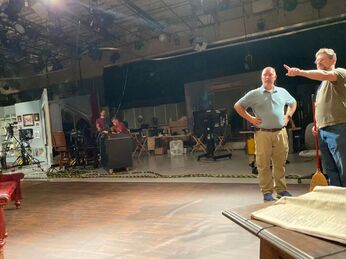 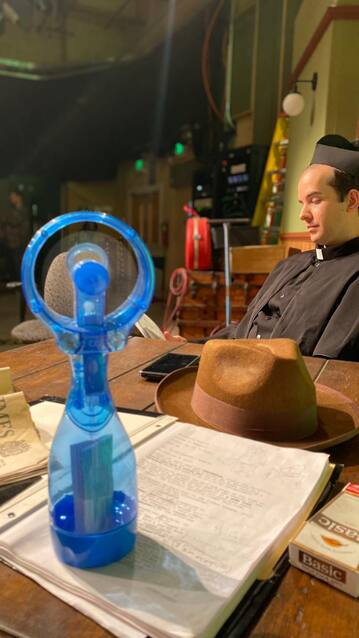 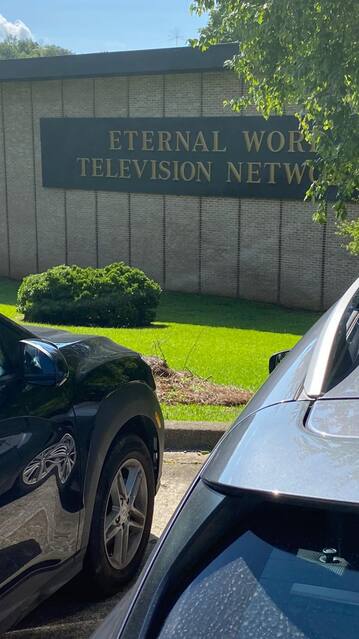 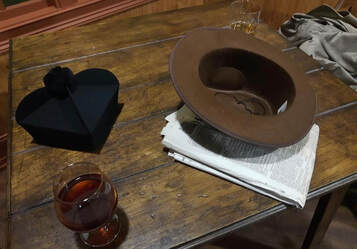 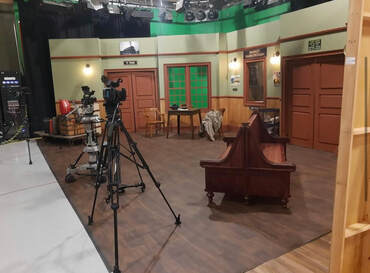 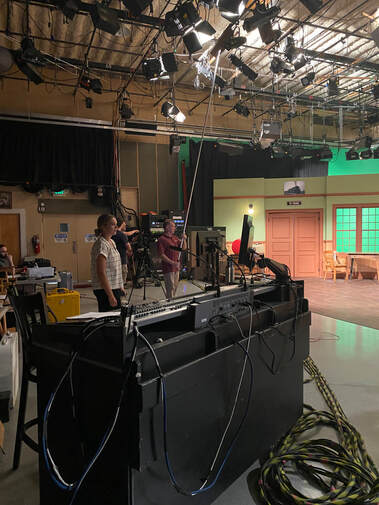 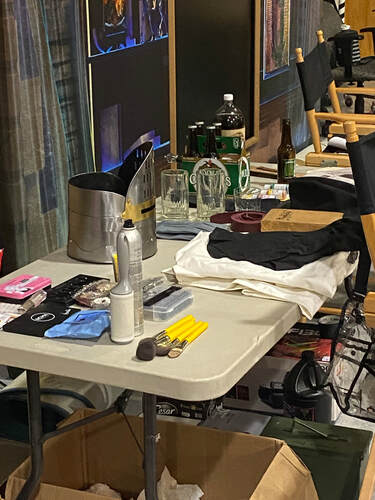 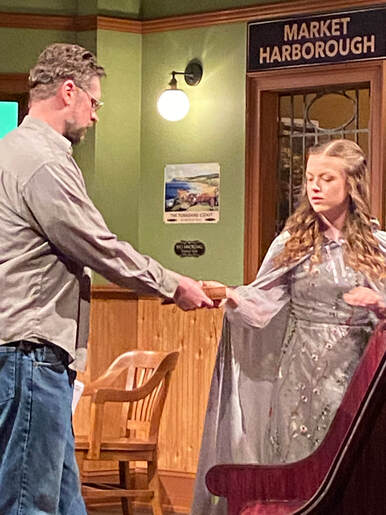 The angelic and incredibly gifted actor,
Cate Stuart as MacDonald's fairy,
working out a tricky shot with our director. 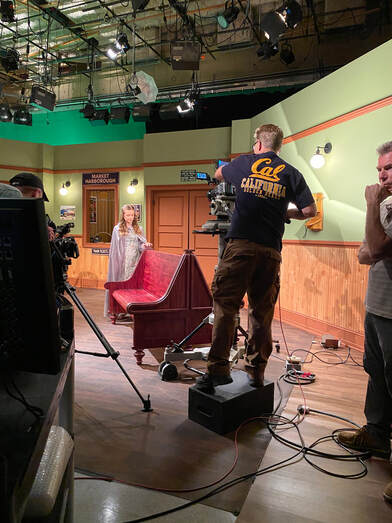 It takes a focused and talented actor to stay in the world of the script when a mere six feet away is all cables, cameramen, lights, tours, and much more activity going on all completely unrelated to the scene! 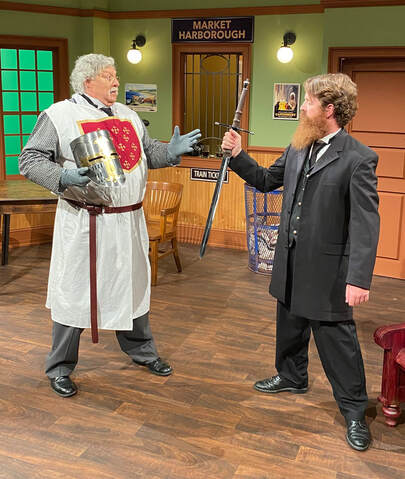 How lucky we were to have
this Holy man and generous actor:
Martin Watjen, pouring his heart into George MacDonald, as well as so many young souls through his work in evangelization at
​Franciscan University! 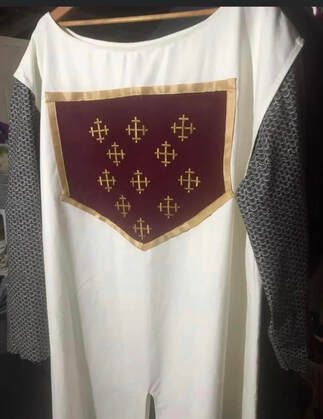 ​Here are the sorts of normal stuff an actor checks in his luggage, I can't imagine what the fuss was all about! 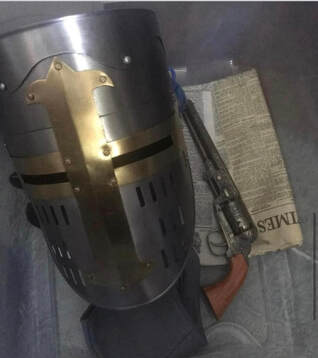 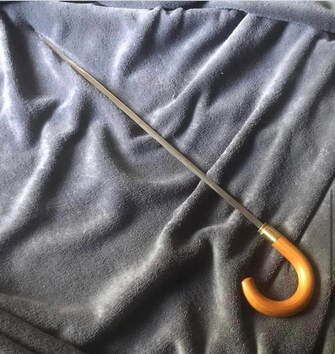 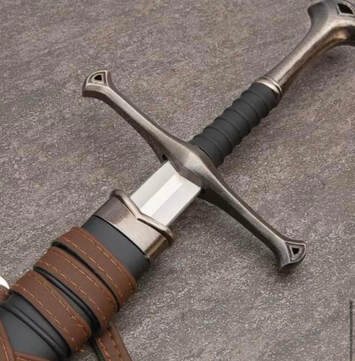 Why wait until the shows air, here are the shooting scripts!
​Though fair warning, we did many rewrites everyday of shooting.

Download File
Why so many rewrites?
We were all just so passionate about creating the best work which could lead viewers
​to Christ. 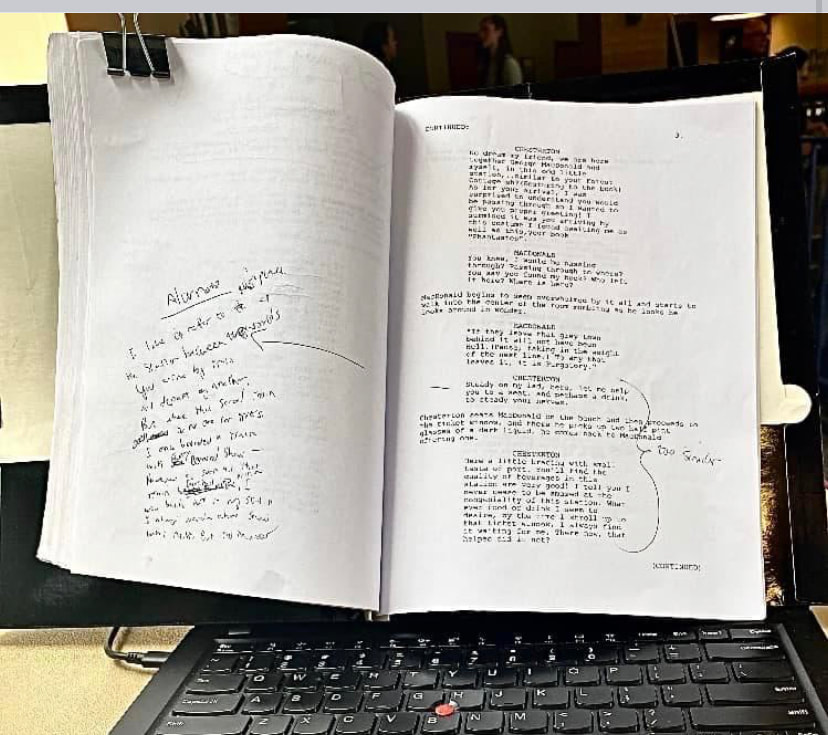 Stay tuned here for updates on the times and dates
​these episodes will air!

​Take a listen to how all this Chesterton stuff came about!
​open.spotify.com/episode/6a1U9vOXocS5cig9mWYhu2?si=OXCAROqyT5Gc1nT4I12FaQ&fbclid=IwAR0myZ-iv_hZETJxeXTFE-1I1XGZ1KqNkurMBQA91YYc9GXQ0dvNi76PSOw&nd=1

John Walker, a professional actor, joins this episode of Uncommon Sense and talks about his own journey through Hollywood and how he eventually ended up
taking up the role of playing G.K. Chesterton himself.